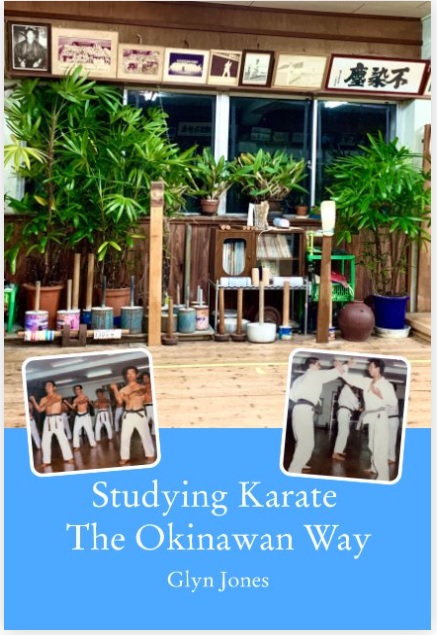 In the work “Moving Zen” By CW Nicol. Takagi Sensei reminds Nicol “A hunter who chases two rabbits at the same time will catch neither of them.” Following this he said “Make up your mind.” – “Your spirit is pulled in two ways.” I have also seen writings where by Eiichi Miyazato Sensei of Goju Ryu Karate reminds of this too even though he was a skilled practicing Judo ka. Many Karate exponents think that this way of thinking and understanding just relates to their Karate training, but this is not true. If you have to much going on in your life and you don’t keep things simple, as is the Okinawan way of life, then all you do is become overloaded and less focused.

Over the past months I have been working on a little book project titled “Studying Karate The Okinawan Way.” At times I have often questioned myself, in why was I was putting the time and effort in to this book. Especially so when I have more important areas of my life that better serve precious time. This often reminded me of the above sentiments. Plus, there are already countless books written on Karate, with many exponents out there more qualified to do so than I am. And I certainly was not working on the project for fame, fortune, or world wide acclaim either, as I am more than happy to continue studying and teaching Karate in the way that I do. Quietly, privately, and regularly. I even smiled to myself a few days after the book was recently released when someone commented this without even having read it. “How does anyone expect to learn anything about Karate from a book.” A comment that did not warrant a reply or response, but it did put a smile on my face.

My reasoning was that despite accumulating a collection of hundreds of books on the Martial Arts over the years, there were only a handful that I would highly recommend to students as a training basis guide, but most were area or style specific. These of which I actually list in the book. “Studying Karate the Okinawan Way” I felt that this would be of interest to all serious Karate students and teachers alike, regardless of ones preferred style of practice, and to their benefit.

Originally my aim was to put to print a small section of my own personal training notes and private experiences in the hope that other serious students of Karate may find things of interest and useful. But I decided to go further than this, as I also sought to be able to capture the spirit, essence and nature of this beautiful art, especially so by using the guidance words of many leading Sensei. Through research and study, I noticed that many of the words spoken or quoted by leading Karate Sensei seemed to lack sustainable references, which I always found more than a little frustrating. Plus, many of the excellent words of advice and guidance given by the likes of Miyagi, Motobu, Funakoshi, together with other teachers of today like my own teachers, as in Senaha and Tamaki, are just scattered all over the place. So with most being in one place it makes things an easy reference tool for Karate ka. Also, I have only used quotes and words that are documented or from a credible source. I also intentionally tried to put things over in a simple enjoyable format, whereby one does not need to be an academic to be able to comprehend things, or read rabbling on words. I have also included some old photographs from my Sensei’s private collection that he wished to share.

Most importantly of all, I have done this to give something back, not only to the art of Karate, but to each of my Sensei too. In the hope that the art can continue to be both taught and practiced correctly by those students that follow.

And in answer to the person who made the above comment. Practicing, Training in, and Studying Karate are not the same thing, far from it in fact. Which is a sign that you have much still to learn. I remember these words spoken by the Dean of Exeter University “Study and education is the path to a successful and fulfilling life, and one of knowledge too.”

I do know personally that Senaha Sensei has in his personal collection, guidance given on the art of Karate – Ti written by the hand and founder of Goju Ryu Karate, Chojun Miyagi Sensei. These of which were given to his student, as in Senaha Sensei’s uncle (Sakiyama “Senaha” Sensei). Written words and not hands on direct Karate guidance they may be, but a map to unlocking the treasure and of valuable interest to many serious Karate ka for sure.

Here is a link to “Studying Karate the Okinawan Way” for anyone who may be interested: