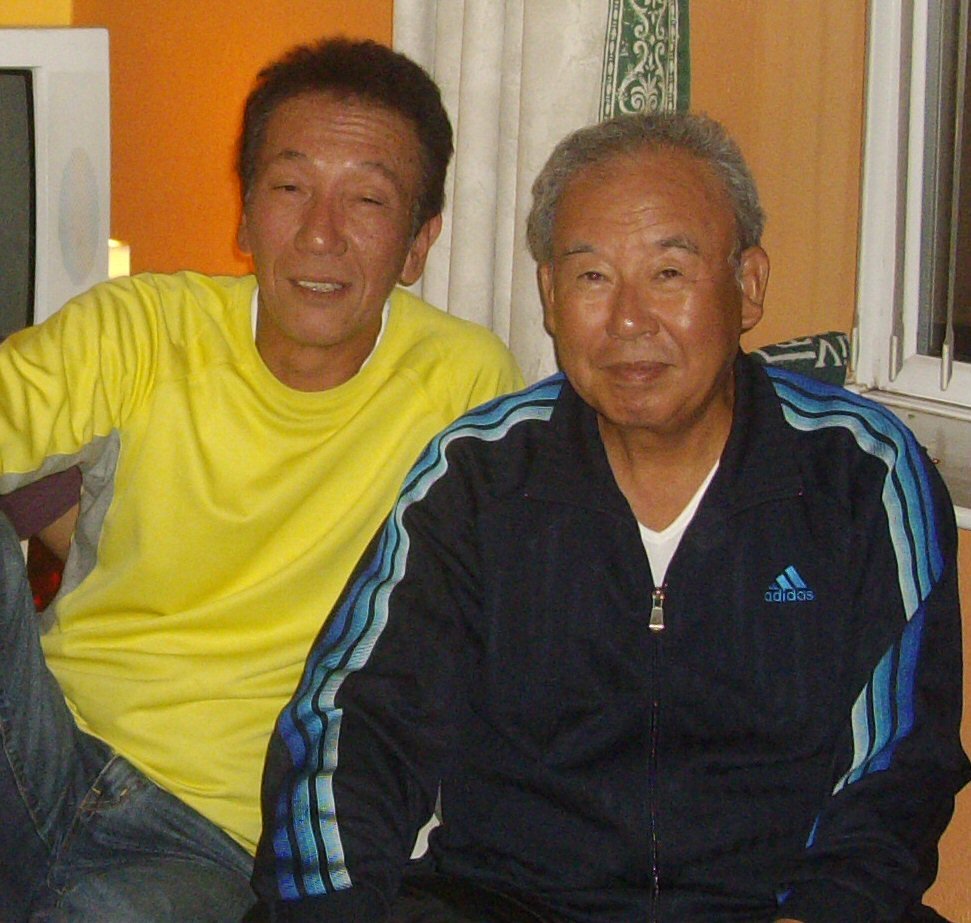 The phrase Uchi Deshi or inside student is often thrown around lightly by Karate Ka these days. There are of course many Karate teachers who offer live in training programmes over a period of time, with the term Uchi Deshi or Inside/Private Student kind of being fitting. However, for anyone who knows the ways of the older, more traditional Sensei of Okinawa or Japan, there is a whole lot more to being a student who is an Uchi than one often imagines, with loyalty and obligation being major factors for the Sensei and student alike.

More than a few years ago now Senaha Sensei took the decision away from me, or may I say any thoughts of me possibly asking. Initially he kindly allowed me to visit his Dojo in Okinawa for further training in the ways of Goju Ryu, then after seeing that I was sincere and dedicated, he asked me if I wished to become his student so that I could be taught Karate a little more deeply by him. Stating that irrespective of my decision, he was still happy for me to train at his Dojo as a visitor. I did of course accept as it was an honour, one that remains to this day. But, looking back on things at the time I didn’t really understand the deep meaning behind all of this, as it was only with time and a deeper understanding, plus much correction and guidance from my Sempai’s that I truly started to realise both the enormity and how privileged a position I’d found myself in… A relationship that is built on trust over many years through actions.

Uchi Deshi literally means “Inside Student” Uchi is often just thought of by way of an inside block by Karate Ka. However, the Japanese term for Home 内 (うち) is also Uchi, of which we live inside the home, so it’s phrased being inside. Deshi 弟子 basically means Student/Pupil/Disciple.

Today we see many foreign Karate Ka visiting both Japan and Okinawa for the wonderful training experiences that are on offer. There are also those who post photos and videos of themselves training at a variety of Dojo and with numerous Sensei. All of which is always enjoyable and great to see, as this enables us to get a glimpse of the training that goes on within that is often done privately. What this also shows though is that in most cases the Karate Ka are Soto Students and very rarely an Uchi inside close student of an Okinawan or Japanese Sensei. Therefore being one who wouldn’t naturally then have a deep understanding of such a teachers Karate. A teacher will often have hundreds or even thousands of students within their group or association these days. So naturally and obviously though most will be Soto. I’ve seen inside students told off or scolded for doing a minor thing wrong, when others on the outside have got away with much wrongdoing with little if any word spoken. Basically, because they are not a close inner student of the Sensei or Dojo, so teaching one the deeper meaning isn’t to be expected or of such a high importance.

What firstly needs to be understood is that within Japanese society or culture through tradition, and with the Sensei of Karate too. One either tends to be thought of as a Karate student who is on the inside, as in welcomed into the home or family, or you are on the outside. Of which there is little or no room in between for manoeuvre, and there are things that you do and do not depending on if you are Uchi or Soto, the same with experiences and teachings received. This is why Karate Ka in both Japan and Okinawa tend to commit to a Dojo and Sensei without need or desire to train elsewhere. This being an approach to training that many Westerners fail to grasp or fully understand, with many feeling that training under lots of different teachers or by attending regular seminars is more the way to achieving success. And like it or not, a contradiction to the teachings of the East. An Uchi Student of a Karate Sensei on Okinawa, be they Native or Western, most certainly wouldn’t go around training under a variety of Sensei in various Dojo’s. You just wouldn’t respectfully do this, well not unless your Sensei made the introduction for you to do so.

Being an Uchi or inside student will often bring about rewards and a depth of instruction that is immeasurable on many fronts. Many on the outside may think this is restrictive, when in fact it is more opportunistic, thus bringing about experiences that few on the outside of this close student to Sensei relationship will discover. All is like one who is in a close-knit family with the wise old grandfather and uncles giving wise guidance and worldly advice. The late-night conversations, the sharing of their experiences and training, talking of problems, and of course the many private discussions.

You only have to ask yourself this question!? If you pick out any of the prominent Sensei or let’s say another leading person in their field, like maybe a heart surgeon. Now, who is going to have a true deeper understanding of their ways, practices, discoveries, teachings? The person who visits them for guidance occasionally and at a seminar or two? Or the person who is directly guided by them regularly on a close personal level!? All reminds me of the old saying “You do not truly know someone until you have lived with them” This refers and relates to the true meaning of Uchi as in Inside the Home or Inner Student.

Even though Boxing is a differing Fighting Art, Mike Tyson the former world champion boxer explains this well. When he speaks of the relationship that he had with his trainer and mentor Cus D’Amato. He explains that most of his teachings or lessons were never seen by outsiders or in public.  “People see the public celebrations of my sensational knockouts, but they didn’t ever see what went on behind this. Or Cus talking to me alone, before or after the fight. He’d do so much just to get the best out of me. They didn’t know Cus at all”. This is being an inside/inner student…

« Karate is for Self Improvement

A Guide to Improving Ones Karate »