Be Proud of Your Karate 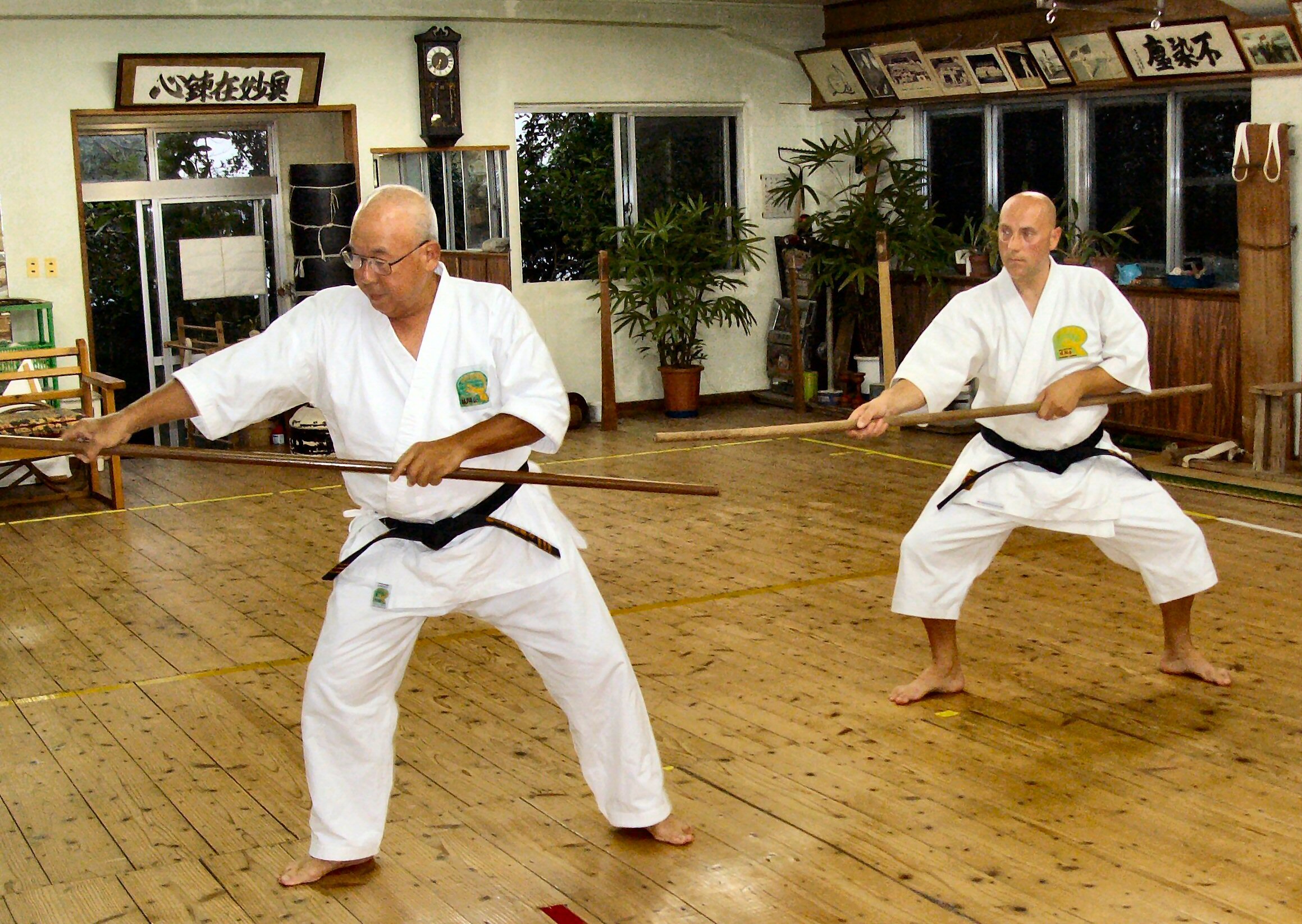 At times I am often a little mystified why many Karate Ka don’t focus more on the Karate of their choosing instead of spending valuable time attaching their Karate to that which is practiced by others. Now, having formerly spent many years practicing Japanese Shotokan Karate, together with achieving a few Dan grades along the way, the same in Okinawan Goju Ryu too. I can say with honesty that neither art is really any better than the other, they are simply a Karate with differing training methods and practices, and at times emphasis too. In reality ones chosen style/school/teacher is all just down to preference really. In many ways it is kind of like trying to compare fish to chicken even though by definition both are meat. They may taste different, you may like both, just one, or maybe even neither, but either way the nutritional value is very similar. This is why good Karate is good Karate regardless of style practiced, as the benefits inherent are very similar if one is sincere and trains wisely.

Two of Chojun Miyagi Sensei’s senior students, as in Eiichi Miyazato and Meitoku Yagi are both documented to have given the same words of advice when questioned if students should practice dual arts. “The hunter who chases two hares will end up catching neither”.  Now, some of you may wonder why Miyazato Sensei said this as it is well known that he also practiced Judo as well as Karate. Or was it Judo previous to getting more deeply engrossed in Karate!? The same in that Yagi Sensei practiced Kobudo under Shinken Taira Sensei. Yagi also got Taira Sensei to teach his Karate students too. This for me is where many have failed to understand the meaning fully. Because you can most certainly spend equal time practicing dual arts and become highly competent at both, maybe more so as a Karate Ka and Kubudo Ka. To the point that they may complement each other. But, doing a Karate that has no real quality basis as in bits from one Karate way and another, as in taken from here there and everywhere, won’t necessarily aid your understanding of the Art at all, especially so if ones basis is poor.

“They (Karate Ka of other styles/schools) use the Kata but it is not Goju-ryu Karate-do. You see if you use the movements differently from how they were intended, then you are doing something else, not Goju-ryu”. Eichi Miyazato Sensei – During a conversation with Michael Clarke Sensei in the work Budo Masters – Paths to a Far Mountain.

Taking Okinawan Karate as an example here. If you visited Okinawa regularly for many years and you trained at many Karate Dojo and leading Sensei on the island along the way too. However, once you return home the Karate that you then practice and teach year after year bears no or little resemblance to that practiced on Okinawa, either in their Dojo ways or by the teachings of its Sensei. What then would really be the point or benefits gained in these visits!?  The same in (just as Miyazato Sensei hints) how can one claim to be an expert in Okinawan Karate practices or the Imi/Bunkai of Okinawan Kata if one hasn’t been or isn’t a long-time direct student of a Dojo or Sensei of Okinawan Karate!?

As an add on note: Okinawan Karate has many practices together with a self-correction procedure built into it for its students, regardless of style practiced. Therefore, once this has been studied and understood it becomes easier for the Sensei to see those who have a clear understanding of the Okinawan ways and those that don’t. Also, there are many Karate Ka who naturally do these things after many years of studying Okinawan Karate without realizing thus or understanding the whys and hows.

The leading Sensei of Japanese Shotokan Karate were/are just the same. They have their own rights, wrongs, and ways of practicing their art. The likes of Enoeda, Kase, Kanazawa, Asai, and Yahara Sensei’s didn’t worry about what their friendly neighbour was doing. They just concentrated on training hard and taking their own ways or style of Karate to the highest levels possible, and without question they did this for sure. Phenomenal and formidable Karate Ka and Sensei…

A Karate Ka should always be proud of their Dojo, their Sensei, and the Style of Karate that they devote precious time to by way of regular practice. And like my old dad used to say, “Don’t worry about what others are doing Son, just concentrate on your own training”.

« A Karate that Adds Up

Karate is for Self Improvement »