A Karate that makes Sense 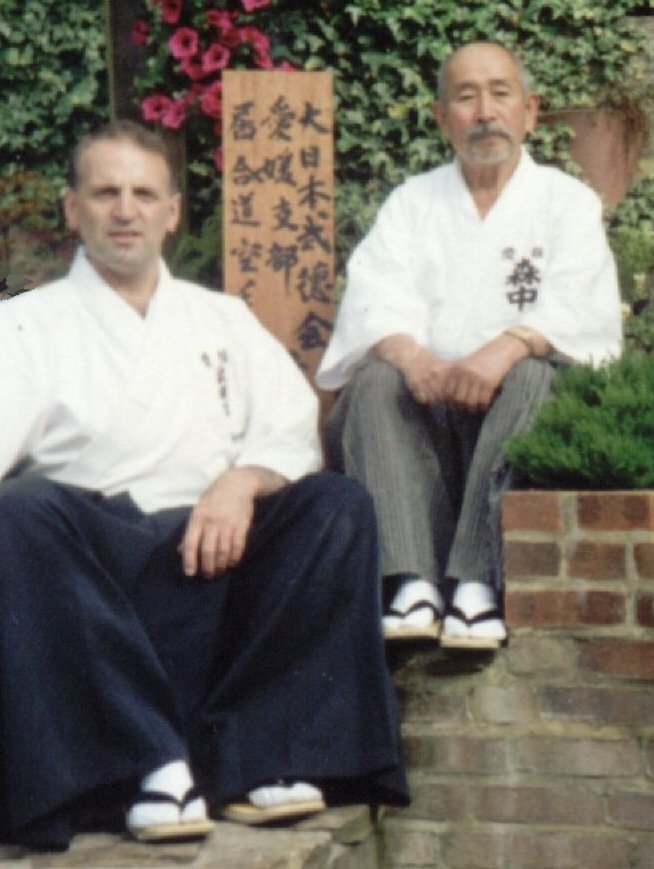 One area of Karate that I feel many Karate Ka often fail to grasp, is making sense of what they are practicing. My father would often say to me “Glyn, use your common sense will you son! or go away and work it out for yourself”! Similarly, there are many Okinawan and Japanese Karate Sensei who are well known for making students learn things for themselves and not spoon feed them everything. What this does is not only propagate maturity, but it also brings about a natural feeling or instinct for what feels correct or not when it comes to Karate. Just in the same way that pain is telling you that there is a problem. Remember, discoveries made through one’s own mind and seen with your own eyes are always more valuable than through those of another.

When I became a student of Brian Hinchlffe Sensei of the Ho Ei Juku I was already an accomplished Judo and Karate Ka of many years. However, the lessons that frustrated me the most weren’t those of physical hardship, I’d already had years of that, or even correcting my techniques and form to his liking. But make no mistake this was hard work… His constant drilling of the mind and thinking that everything within Karate must make sense and have good reasoning to be correct, was most certainly the biggest challenge I had to face. He would say… Schools or Sensei doing things different or differently is not so important, there are different ways. However, if there is poor reasoning or things do not make sense or add up, then it is often going to be detrimental. And it is for you to learn or discover when this is… And this covered every aspect of my Karate from etiquette to health to effectiveness.

Senaha Sensei when teaching students will often laugh and smile as he corrects them, in an encouraging kind of way that only he can. Often followed by the words “That doesn’t quite make sense”. Then he will explain why. This comes about through his own teachings, experiences, and personal discoveries over six decades. His teacher, as in Yagi Meitoku Sensei, is well documented to have made a few adjustments to the Goju Ryu Kata’s, in contrast to the way that he was taught them by his teacher. Just as other leading teachers like Miyazato and Higa did too. Note that even Chojun Miyagi was always working to define them also. This isn’t about making changes for the sake of it, it’s about making personal discoveries and the progression of the Art, there’s a difference.

Here are just a few brief examples of how to view Karate through the reasoning that it will makes sense. The best advice I can give though is please don’t take all that you read or hear as gospel when it comes to Karate. One needs to research and discover through quality guidance combined with regular training, but most of all this needs to be done yourself.

1: When you are crossing a busy road. Would you step out without looking first or walk out whilst looking down? Or would you chance crossing by sound or instincts alone? So next time you do Kata keep your head up and look just before you move to see what’s there first, even be it imaginary. In Kumite always stay focused on your opponent until things are completed, just as you would during a real confrontation. Oh, and even when training or practicing together with a partner relaxed, you can/should still be focused.

2. When using Stances/Dachi. If posturing is poorly aligned or stances practiced too long in length, then over a period of time you are going to do damage to ligaments, tendons or joints. The same if the back is locked straight or the stances are over rigid. What must be understood is that movement and moving around is a natural healthy bodily function through transition, it shouldn’t ever become unnatural. Good Karate that makes sense will have a balanced compromise between mobility and stability when it comes to stances. It is no good what so ever being as solid as a rock and unmovable if someone has a knife or pummeling you with their fists, just like it’s no good being thrown off your feet due to being unstable.

3. When someone throws a punch at your head or body during a confrontation, are you just going to let it land on your jaw or ribs? Or maybe then rely on your reactions to execute a long rising block/Age Uke? Just as old Karate teaches you, you either put something in the way or you get out of the way. You cover, you move, you smoother or you strike. Or do a variety of these in combination. Again as Karate Ka we must understand that at times compromises have been made between the intention of the training drills focus and reality. Don’t use this as an excuse though to leave your thinking cap at the Dojo door.

The meaning behind the word Sensei is the wise teacher who has been there before us, be it through training over time or personal discoveries. However, to truly claim such a title, as a Karate Ka we need to train regularly and make our own discoveries and acquire a natural instinct that allows us to add the final i to the word Sense…