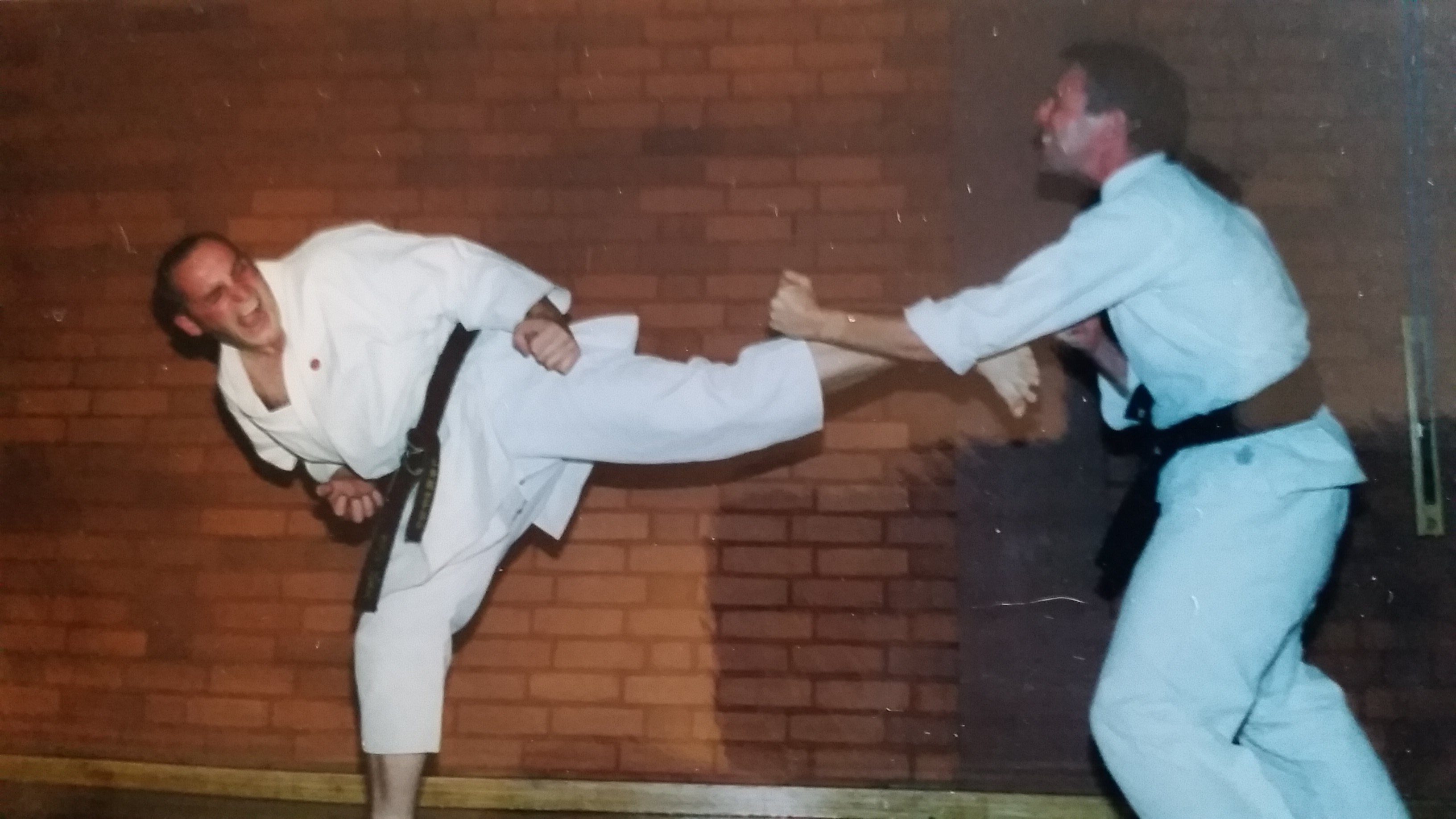 Staying on topic with my recent blog post regarding Fighting Karate. The following sayings do then come to mind “Train Hard & Fight Easy”, — “It’s Not the Dog in the Fight, but the Fight in the Dog”, — “Face it, Fight it, Finish it”,—“Train and Fight as though your life Depends on it”.

Fights are not nice; they are in fact potentially life changing brutal affairs. Of which no reasonably nice person wishes to either attract or frequent them, they are in fact a fools endeavor. As Karate Ka though we do really have to be fully aware of reality, especially so if we wish for our Karate to be effectively operational in such times of need. Trying to use a flashy Kumite sequence or apply a fancy put together Bunkai move in the street, could well see you being kicked around the floor before you’ve got to C in the alphabet.

This type of training or in fight preparation isn’t for everyone, I get that I really do. Just as I know that there are many Karate Ka out there who commendably train regular and hard. Again, for varying reasons, just as I do too. But don’t try crossing the road with your eyes closed!!

Personally, through choice I do like to keep one eye on in fight reality, even though I have no desire to fight anyone. Plus in many ways I am not quite sure if you can ever fully teach or prepare for such eventualities. Regardless, having regular training sessions or spells whereby you really up the level of intensity and sprit by giving your all. And I don’t mean for the odd technique here either. I’m talking about a full hour or so at least to the point of lots of sweat, exhaustion or fatigue, and yes it can be good for you on varying fronts. Thus, utilizing maximum explosion, effort, speed, rotation, dynamism and power generation. It’s not wise to train like this all of the time, so one must be wise in understanding here.

A Karate Sensei who has always put effectiveness at the forefront of both his personal training and teaching is Mikio Yahara Sensei of the Shotokan Way. I will speak more on him during another blog post. The clip I mention here speaks volumes with two points that are worth nothing. Firstly, the full effort and explosion of techniques, to the point of training to be fight ready. Secondly, look how Yahara Sensei is totally framed up due to an arm injury. However, he is still in the Dojo teaching and training, he’s not sat on his backside making lame excuses…. (If pushed for time skip what Isaka Sensei is doing from 0.20 to 1.15)

Oh and this is the very reason that Jack Dempsey chose the name for his Fighting book “Explosive Punching & Aggressive Defense”.

(Unfortunately the clip I was using as a reference is not available on other websites, of which I fully respect. )

A Karate that makes Sense »