The Karate of Chojun Miyagi Sensei 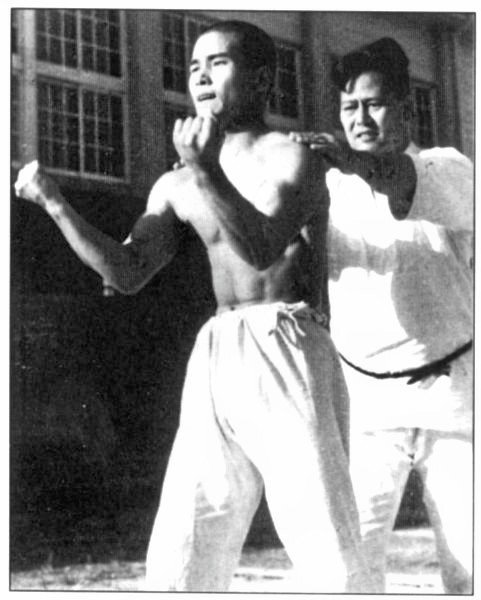 As a Karate Ka practising and researching the training methods as passed on by Chojun Miyagi Sensei one can so easily become self absorbed in belief that there is a set distinct way of performing or practising Goju Ryu Karate. There are in fact many exponents who sadly disregard any of his other training methods and teachings that are not.

At the time of Chojun Miyagi Sensei’s untimely death in 1953 he certainly left behind him a wealth of knowledge, in many ways though this knowledge was spread out over a number of students on Okinawa, this being over a good many years too. Also, things Chojun Miyagi weren’t kept to his newly named Goju Ryu way of Karate either, research will show that a vast amount of Miyagi’s advanced Karate was passed on through his Senior student Jinan Shinzato Sensei down through the Yuchoku Higa lineage. Some students quite obviously certainly had more exposure to the teachings of Chojun Miyagi than others.

Now if you are or were a Sensei of Karate and you practised, refined and taught your Karate for say over 40 years. What would you actually leave behind as your legacy?

Yes it sure is a mine field isn’t it? We certainly need to look at things Chojun Miyagi with an open mind, not a closed one, especially if we are ever going to truly understand the teachings that he left behind.

One Student of a Student who truly went out to study the teachings of Chojun Miyagi was Shinjo Masanobu Sensei, a well renowned and highly thought of Okinawan Karate exponent who’s Karate training was born in 1953, the year of Miyagi’s death. He went out of his way to seek out and train under a variety of long standing students of Chojun Miyagi Sensei without bias, just so that he could truly absorb and get to the deeper levels of understanding of the Karate of Chojun Miyagi Sensei. He did train more
so under the guidance of Toguchi and Yagi Sensei’s as is well documented, but they were not the only one’s that he sought guidance from by any means I believe.

This footage of the late Shinjo Masanobu Sensei practising Miyagi’s Karate on Okinawa is a fine example as there is so much that we can learn from viewing this.

The first and most obvious is what excellent physical condition Masanobu Sensei was in for his age (Strength Wise). There is also the pureness of the training; it’s not false, fancy, form or grade based or done for show for that matter, it’s just pure raw Karate training with much hard work and sweat. The training is not rigid or over robotic. The breathing is not over forced, regimented or unnatural either, as is often practised by many Goju exponents these days, it is more in resemblance to how a weight trainer will use timing to naturally breath in and out, to pull, push and to prepare. There are of course many other points to note but I’ll leave it there……

Lastly, we have to accept the lesson here that no matter how strong physically and well conditioned one may seem life can at times be cut so cruelly short, as was the case for both Chojun Miyagi & Shinjo Masanobu Sensei’s. Tomorrow is not guaranteed! So we need to relax more, live our dreams and enjoy things whilst we’re here. The balancing out of hard work with a stress free life style is something we should all be trying to emulate through the eating of good quality food, enjoyable socialising and regular exercise.

Looking at training in Karate and following the Okinawan ways as a way for self preservation and a long healthy life is a good base for us all.