The rather strange thing about Karate is that you can have someone who has practiced the art for years, even decades in fact with a high dan grade to match. But, in truth they have gained little understanding of the art at all, which is quite sad to see really. When in reality all they have to show for their valuable time spent is numbers in years and in grades. Then on the contrary you can have another who has only trained in Karate for say five years or so, but both their physical and mental attributes as far as Budo goes are nothing less than admirable to the point of exceeding the level of the former. Strange but true. So why is this and which path would you rather walk??  Because let’s be honest here this is a Budo lesson that is better learned sooner rather than later or never at all. The answer is threefold; Quality Guidance – Regular Practice – Self-Study & Discoveries.  Yes! All is quite a simple formula really. The thing though is this: as […] 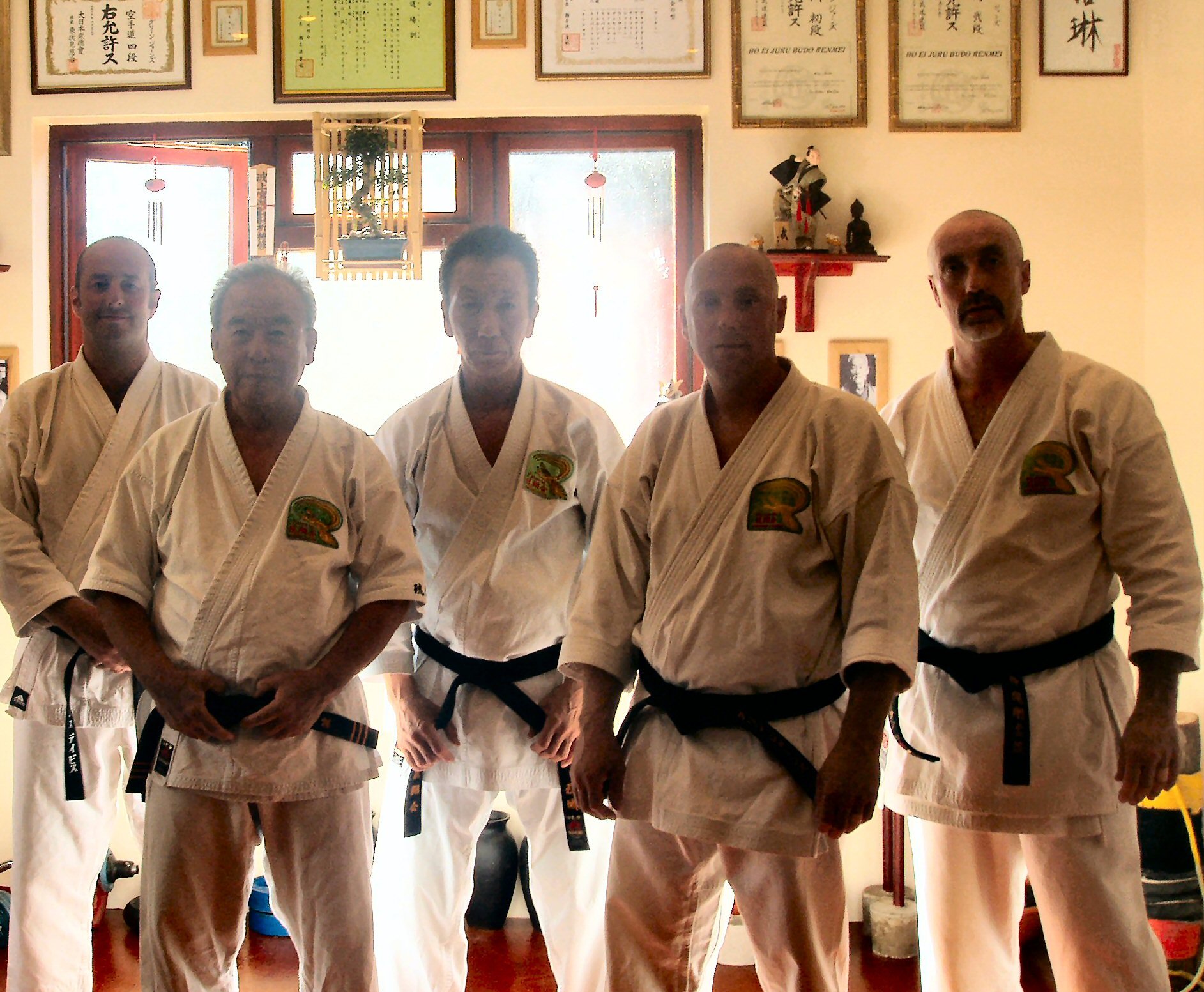 During the later end of the summer in 2019 Senaha Sensei visited us here in England to teach Karate accompanied by James East Sensei. This was Sensei’s first return to our shores since back in 2007 when he was accompanied by Tamaki Sensei where we hosted them in Birmingham, which is where I was living at the time. This time around his visit was to centre around three areas of England, as in Devon, the Midlands and London. I not only always relish the opportunity of training daily under Sensei, but I also really enjoy spending time in his company too. As this is where I not only get to learn from his wealth of experience when it comes to both life and Karate, but it also makes our relationship a personal one. To the point that by the end of his stay I think that if he could have taken my cat home with him to go with his three, he probably would have done. Senaha Sensei is an incredibly happy and infectious character who has a personal relationship […]