It is Your Karate you know… 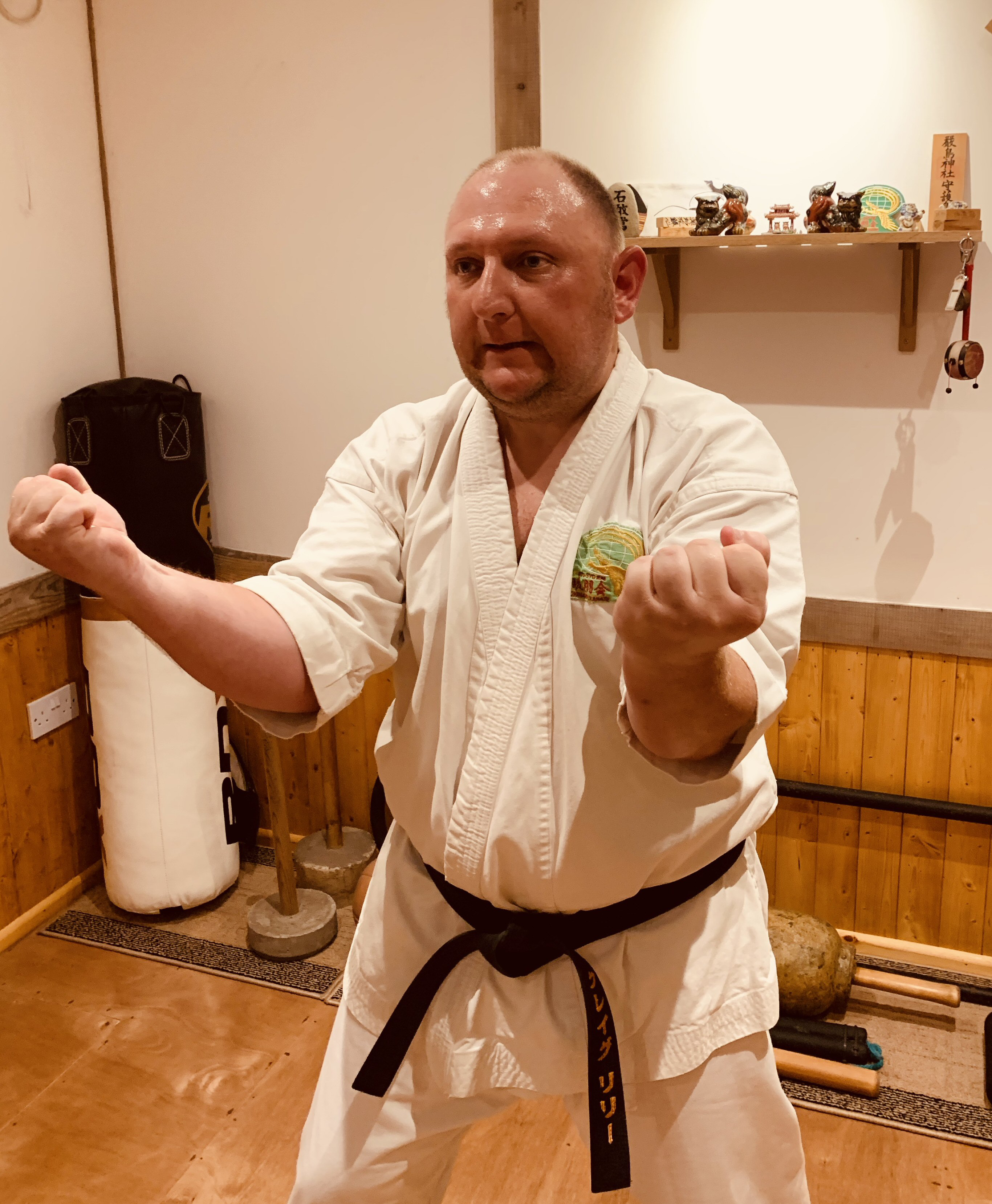 A few days ago I received a telephone call from a long-time friend and student asking if I was ok and well, especially so with all that is going on around the World and here in England during these unprecedented times. This was deeply appreciated and nice as it was good to chat and exchange pleasantries as always, and thankfully himself and his family are well too. We spoke on many things including catching up soon when things return to normality again. Then he asked, “How are you coping with your Karate at the moment”?  My reply was “What do you mean”? he replied “Well with us being locked down and not being able to do our Karate as before”?

To answer was easy. “My life has changed and I’ve had to adjust and make sacrifices like everyone else. But my Karate is just the same as before”! Of course, one may have to make a few adjustments at present, as in where they can practise their Karate, especially so being locked down if one doesn’t have adequate space at home. The point though is this. True Karate is about your very own personal training and the benefits inherent through experiences that comes from within, not from others or a need to be with others to do Karate. So in reality apart from things being health or work related, the present situation shouldn’t really have such a great impact that you are not training in Karate as regularly alone as you were before. If so I think one should ask yourself why this is. Is your Karate truly your own, or is it centered around or controlled by others?

Why is there such a need for the modern day Karate ka to train with or be motivated by others? Because if the mindset of study is correct this should not be the case. In most subjects or areas of study others can most certainly be an asset and great help, but they can also be a hinderance or distraction too. Receiving guidance though is a little different…

In a conflict, even if you’re the best fighter, you still have only one chance to make your superiority tell. If you don’t take that chance, the other guy suddenly has one chance to get you! In those situations, one chance can be measured in fractions of a second- you don’t have time to think. That’s why I practise every day. Dave Hazzard Sensei of the Shotokan way (in the book Born Fighter)

Of course, visiting a dojo or club a few times a week to train with others creates a great feeling and has many benefits, but it shouldn’t be the be all and end all of your training basis. The dojo and group atmosphere should be there to highly enhance your Karate. Nearly ALL Sensei will tell you to go away and practise and work on things alone and also work things out for yourself, and there’s a reason for this, so that’s what you should do. Can you imagine a boxer that only trains when he works with others or when he has a sparring partner to face a few times a week? No early morning road running, no bag work, no conditioning, no weights, no skipping, no shadow boxing, no speed ball…. I doubt if he would fair well. So why is Karate so different.

Have you not ever wondered why when reading the words of Funakoshi Gichin, Chojun Miyagi or even Choki Motobu or alike? That they all speak of such arduous training under their Sensei (teachers) to the point of exhaustion together with the many hours endured in practise on a single kata or pounding the makiwara. However, these highly respected teachers rarely if ever spoke of the fellow Karate ka who trained alongside them. Why? Because Karate training was not only their very own personal battle, but in many cases they trained solely alone or under the guidance of their Sensei. In fact in his work Karate-Do my way of life, Gichin Funakoshi wrote there words; On the days that I did not practice under the sharp eyes of Azato or Itosu, I would practice by myself in our yard. He also wrote; I was master Azato’s only student and one of the very few who studied under master Itosu.

Morio Higaonna Sensei in the Way of the Warrior series spoke the following; I challenge Karate by practising everyday and I attempt to grasp something from it. Karate is something that you can do your whole life and that is what I’m trying to do by practising every morning. Let’s be honest here, this is how the likes of Higaonna, Taira and Tamaki Sensei’s have achieved the level that they have. It’s certainly not through training twice a week or being reliant on others.

Whilst I was in Okinawa again quite recently I made sure that I trained daily and regular as I always do. Some days there were set classes, at other times there was not. But regardless I always made sure that I made time to practise. The one thing though that had a lasting impression on me from this visit was not just the hospitality and excellent guidance received. But the times that I would turn up unarranged at the Ryusyokai Honbu dojo to find Senaha Sensei already in there working on his very own personal training. Seventy-nine years old he maybe, and yes he guides others too as their Sensei, but his Karate is still about his very own personal development and well-being, whilst also leading his students by example.

Morio Higaonna Sensei in the oral tradition spoke these words on Chojun Miyagi Sensei the founder of Goju Ryu; His training was not confined to the dojo, he ran every day. He then speaks of the many training feats and exercises of Miyagi, like resistance exercises and lifting stone weights etc. He also says, Miyagi Sensei tried to use every opportunity in his every day life, and surroundings, to train.

Life will in time get back to normal for us all and many Karate ka will go back to training with others too. But for now, go and get training alone regularly, see it as your own personal time for improvement and development, and yes you may realise that it produces results and personal discoveries that training with others never will. Plus you will feel good too.  Just as this is your life and being around others brings purpose and value to your life, see your Karate training as like this too. Training alone is good for your mental well being and it will give you both many benefits and time to think clearly too especially during challenging times like this. Karate isn’t all about kumite or training partners and others, most importantly it’s about you.

Take care, stay safe and I’m always at the end of an e mail if you so wish as always, especially so during these difficult times. Glyn.

The Karate of Okinawa »